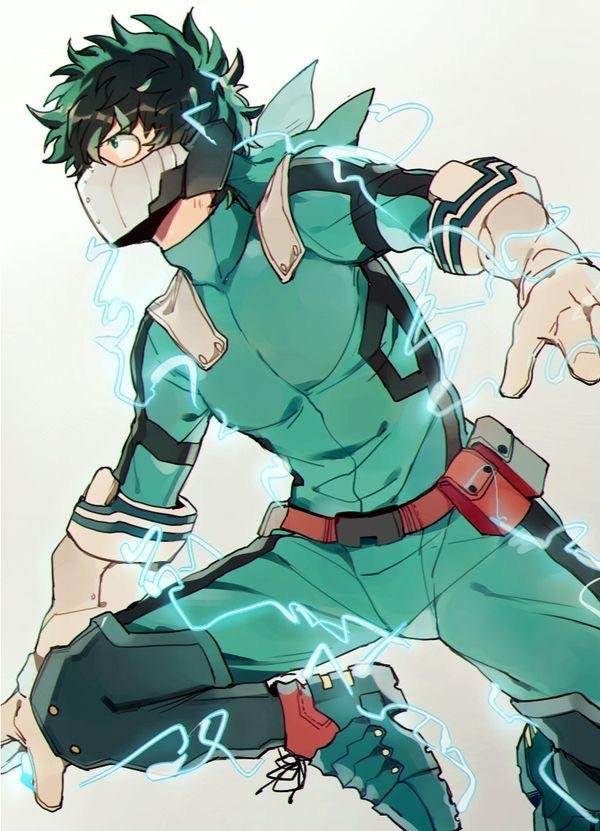 Born Quirkless, Izuku Midoriya was looked down upon by his childhood friend Bakugo and many others he interacted with. Even the "Symbol of Peace" All Might told him he did not have what it took in order to become a hero. The lack of a Quirk caused Izuku to become depressed. However where one chapter of life closes, another was swiftly torn open. All For One saw the potential in Izuku due to his analysis and tried to mold him to become a perfect villain, and successor for him. Over the course of the molding, Izuku's dreams of heroism were promptly 'destroyed' but really it was part of a long con by Izuku to gain one of the most powerful Quirks around, the Quirk All For One. Knowing he needed a powerful Quirk in order to become a hero, he decided to play the role of the dutiful student until he could gain all the Quirks All For One possessed.

All For One allows him to copy the abilities of an opponent, and use them for himself. This does gradual damage to him, the more he pushes the Quirk. In addition, he must train to use the abilities of an opponent that he copies. All For One also stores some Quirks that he has personally acquired for his own use. However at present he does not have any stored, temporarily or permanently.
Mimic 2 (800)
--Ongoing (+200)
--Ranged (+100)
--Side Effect (-100)
--Limited: Non-Items (-100)
Total: 900
How much Essence did you spend? 900

How much Essence do you have left? 600
I

Descriptor: Creation is a Quirk that allows the user to materialize mundane, basic items so long as they are small. It is one of the Quirks that Izuku still has. This can be used for example to materialize clothes, for Izuku or maps of the surrounding area should the need arise for such.