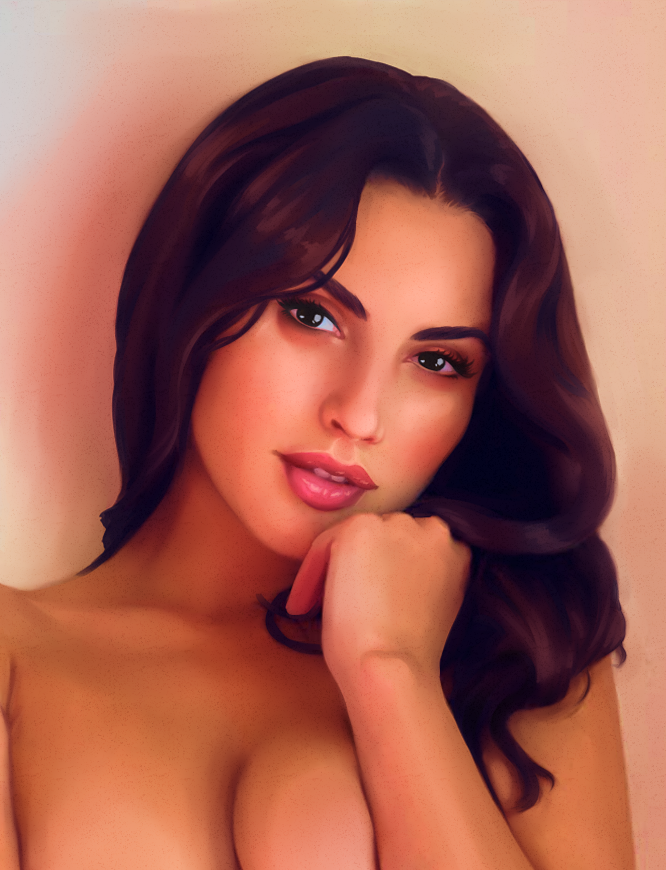 Masahir, and her adoptive mother Ra'tima-dro, are just one of many creatures pulled to the Crossroads from another world. Masa started her life in the dusty city of Nippur, reigned over by the Neo Babylonian state. She doesn't remember having a real childhood, her earliest memories coming into focus when she was around twelve years of age. She lived on the streets as an urchin, stealing food and generally being a dirty little trash child. One day she picked the pocket of the wrong person and found herself at the unpleasantly sharp end of a dagger. That dagger belonged to Ra'tima-dro.

The khajiiti woman felt pity for the orphan and adopted little Masa, impressed by the kid's sharp wit and natural talent. Under the guide of her new mother she cleaned herself up and in doing so allowed her other abilities to shine. Within a few short years, coupled with Ra's resources, she finally earned herself small-time fame singing and dancing to lighten the spirits of those around her.

Her life was wonderful, that is, until The War ravaged her nation.

Everything was torn up, flipped upside down and destroyed. The God of Heroes was banished to an inescapable hellish realm, and the government beneath the King collapsed. The once immense and prosperous city lay crumbling in the sand dunes, reduced to nothing more than a burnt out corpse of it's former glory.

It was during this time of famine and need that her soulful voice got the most attention. It started out as nothing more than a hum, a spark of hope, as the survivors sifted through the rubble. As the Nippurians blinked the dust and soot away that spark of hope grew, and so did her voice. In the long dreary nights spent under recovery effort floodlights she sang prayers and dirges for the victims. With her mom providing food, water and medicine they soon stood to be well respected members of the post-war community.

It was an easy transition when, for the first time in what felt like an eternity, the government started to pick itself back up with the return of Lord Wolfe and his associates. Her fame had opened doors and her hope had kept her close in people's hearts. Finally she was recognized, dancing in the palace at the foot of the miraculously returned God-King, her flashy outfits catching the eye of anyone who glimpsed her grace.

Unfortunately that attention inspired a jealous rage in a recently snubbed ex-lover. Unhappy with the fact that Masahir was moving on with her life, he snuck into her dressing room and overpowered her, violently raping and nearly killing her in the act.

After a couple weeks spent recovering she was set to release, but as her and Ra walked out the front doors they found themselves not in the arid desert, but on a tropical city island.

A flashy gold and red holographic smart device that allows Masahir to text, make calls, send emails and check online websites. It can be found either in her hand or in her purse, as she never goes very far without it.

Name: [[New Babylon]]
Leader: Gilgamesh
Joined: Always
Rank: Civilian
Goal: To uplift the people with song, entertainment, and fiery joy~ ... I am a bit lost on how to get back there though T^T
Click to expand...

Name: Ra'Tima-Dro
Age: She said ladies never tell their age
Where Met: I tried to snatch her purse when I was little. That was back in Nippur.
Relationship: Mi amá

Thoughts: She's so wise and strong!!! I love her so much and she loves me too, she's just all rough and prickly on the outside. She used to be a sicario, but she retired and now she's just a grumpy cat. I think if she was a flavor, she'd be honey lemon twist. Tart at first but once you get past that she's all sweet. I really admire her strength. She's blunt and doesn't mind saying the things I'm uncomfortable voicing to people. Strict at times, but I know she's that way because she cares, and she gets scared I'll be hurt or do something really stupid. She's helped me grow into the fierce and fabulous woman that I am now. I wouldn't trade her for the world. I'm glad I didn't lose her like everyone else.
Click to expand...

Name: Victor Wolfe
Age: No clue, but he does look young!
Where Met: Nippur
Relationship: He's a Lord, I'm just a dancer. We've never met, but he was important.
Thoughts: Wow, I really look up to him! He's done so much for the people of Nippur and New Babylon. Mi amá said he's just another politician, playing a sweet tune so people listen, but I really feel like there's something different about him. At least... He seems genuine about helping the Nippurian people out and actually getting things in order. Even if he did cause a fuss while catching those traitor merchants. !!!! He's alive?!?!!? He sent me a text earlier and invited me to a cold place called Inverxe? I wonder who else is there with him?
Click to expand...

Name: [[Gilgamesh]]
Age: I couldn't find out
Where Met: Nippur
Relationship: We've never met either, but I knew about him from magazines and news stories.
Thoughts: Oh, the King... Glittery and golden like the desert sands and sun above. I've always dreamed about preforming in his court, getting to met him in person would simply be a dream come true but-- I don't know if that's even possible anymore. Sometimes I think about him and it takes my breath away; he was banished while protecting us from greedy nasty invaders. What a graceful King to live under, who so willingly sacrificed himself for our safety. I've always wondered what he was really like, underneath all that armor and the burden of ruling. What activities would he enjoy? Does he prefer classical or ethnic music? Would he have found me as beautiful as the photographers did? It's complicated.
Click to expand...

Name: [[Zubair el-Sahli]]
Age: 28
Where Met: During an Interview and Photoshoot for Nippur!Chronicle
Relationship: Casual Friend
Thoughts: Zubair is such a dork, a total sweetheart though. He always had to Act. All. Professional. But he's as much of a free spirit as I am. We met for an interview for the Nippur!Chronicle and oh my god, he was so nervous! He fumbled over his notes a bit at the beginning, but that was super cute. I gave him my number and we had drinks a few times and went out to lunch. I'm not sure if I should call those outings dates or work related, but either way I had a lot of fun! He always made the corniest jokes and puns. I'll miss him a lot now that everything's changed. What I wouldn't do for a friend to talk to.
Click to expand...

Name: [[Ji'aaj-Dar]]
Age: 25
Where Met: Nippur
Relationship: It's complicated...
Thoughts: Somewhere, sometime during these past two years of on and off agains, something went wrong. He used to be so sweet, he used to hold the doors for me and call me cutesy names. He used to dance with me until the sun came up, we'd cry to silly romance movies while huddled on the couch. He always got the popcorn butter on his fur and I'd have to help him get it out. He was gorgeous and smart and understanding and something went wrong. I couldn't fix it, I didn't know how to help him and it just got worse and worse. Is it worse to stay by someone's side as they destroy themselves, or to leave them and never give them the chance to get better? I left him. When I broke it off for the last time, he cried no tears, instead he looked at me with pure black, animal eyes. I changed my phone number and Mami changed the locks on the house.
Click to expand...