Are you spending 50 Tokens? Yes

Has it been at least 6 months since your last switch? Yes

How much essence will this new character have? 3453

Is this character an OC or a Canon character? Canon Character

His mood can change at the drop of a hat, ranging from disinterest to friendliness to murderous intent. Counter-intuitively, those that interest him are more likely to elicit a violent response than those who do not. For the Magician, "interest" means that the person is strong enough to be a worthy foe, or, at least, has the potential to be.

In combat, Hisoka likes to toy with his foe, preying on their emotions as well as their flesh, before delivering the killing blow. 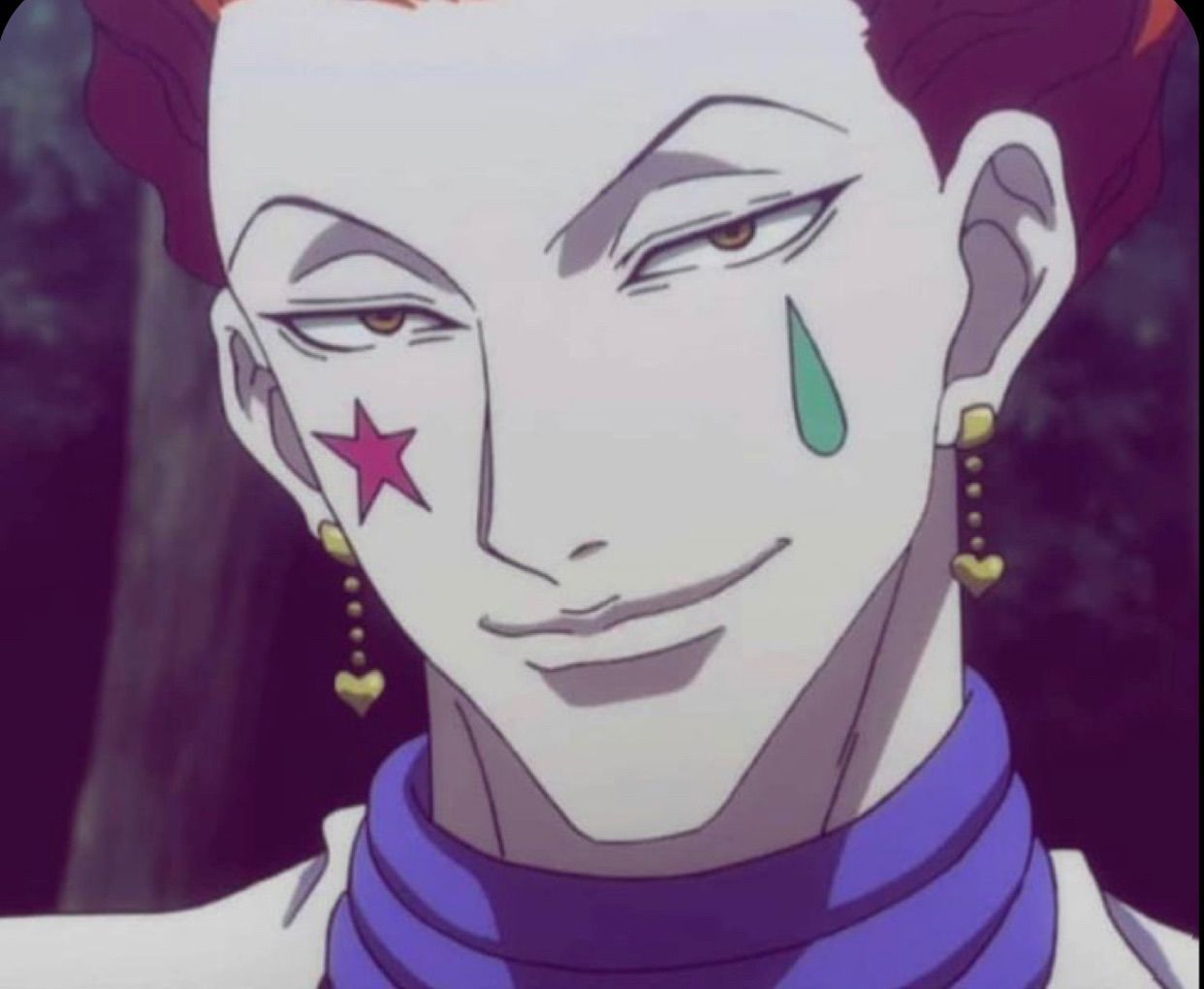 As the past is of little to no interest to Hisoka, he remembers very little of it, and speaks of it even less. However, it's known that, at some point in his early childhood, he was taken in by the Ringmaster of the Arcadia Circus. In his early teens, and for unknown reasons, Hisoka murdered the man and went into hiding. Since then, he has operated as a contract killer, though rumor has it that there's some criteria which he holds to before he accepts a job.

As an expert Nen user, Hisoka is able to maintain a shroud of aura around his body at all times, granting him some protection from damage.

By adjusting his aura output, Hisoka can increase the defense provided by his Ken. However, he must be aware of the attack and where it will strike him, as using Ryu reduces his passive protection everywhere else.

While normally observable via extrasensory perception, Hisoka can utilize Zetsu to mask his presence to such abilities. As with Ryu, using this technique eliminates the defense provided by Ken.

Using Gyo, Hisoka concentrates aura in his eyes. En allows Hisoka to extend a "bubble" of aura from his body, allowing him to detect anything hidden within the area. By utilizing both abilities, Hisoka can sense the presence of hidden people, objects, and even attacks within a small radius.

Shrouded by Hisoka's Shu, this pack of ordinary playing cards becomes a deadly weapon, both in-close and at range.

Through natural potential, rigorous training, and judicious application of Nen, Hisoka possesses a heightened and honed physique. He also has a surprising tolerance for pain, the sensation being practically unnoticeable to him.

A favorite technique of Hisoka's, Texture Surprise allows him to project a flawless illusion onto any non-living surface. By utilizing Bungee Gum in conjunction with Texture Surprise, he can attach or detach them from anything his heart desires. He's particularly fond of using this combo to hide wounds from his opponent.

One of Hisoka's signature abilities, Bungee Gum allows Hisoka to transmute his aura into an extremely versatile substance that has the properties of both gum and rubber. It has a variety of uses, some of which are described below. By utilizing In, he can also hide Bungee Gum from sight and extrasensory perceptions.

By attaching a strand of Bungee Gum between two objects (including one of which can be a person), Hisoka can will it to contract, bringing them together at high speed.

Useful against projectile-users, Hisoka lays out a sheet of Bungee Gum between his hands, which can catch projectiles, and even launch them back at the user.

Being elastic and incredibly durable, Bungee Gum can be used to restrict or even halt the movements of an opponent by attaching threads or sheets of it to their limbs and/or body.

Using Bungee Gum to bind together skin, nerves, muscle, sinew, blood vessels, and even bone, Hisoka is able to present an illusion that his body is being healed. However, true medical care will be required to actually repair the damage.

Hisoka is able to perform fairly impressive feats of sleight of hand and parlor magic with ease.

An experienced fighter, Hisoka is skilled at reading the situation and adapting his strategy to compensate.

Reading the emotions of others, via verbal and non-verbal cues, is practically second-nature to Hisoka.

By utilizing his insight, Hisoka is deft at maneuvering people into thinking and feeling what he wants.

Hisoka is a skilled stalker. By combining his natural talent with Zetsu, he can hide from nearly anyone.