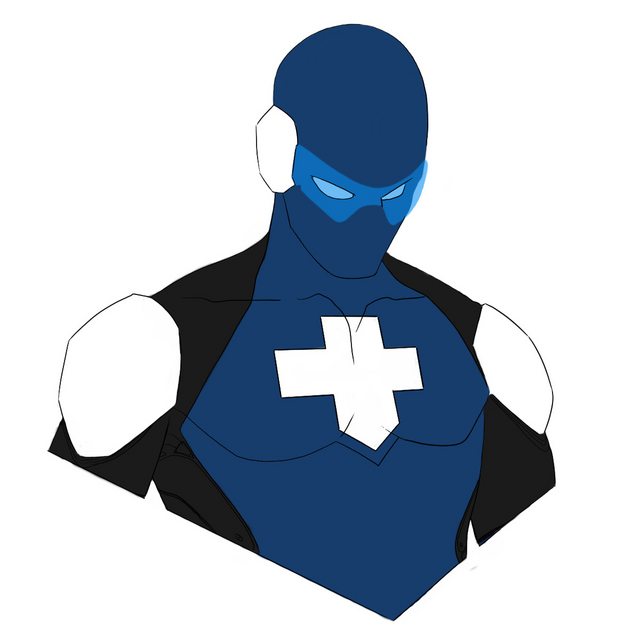 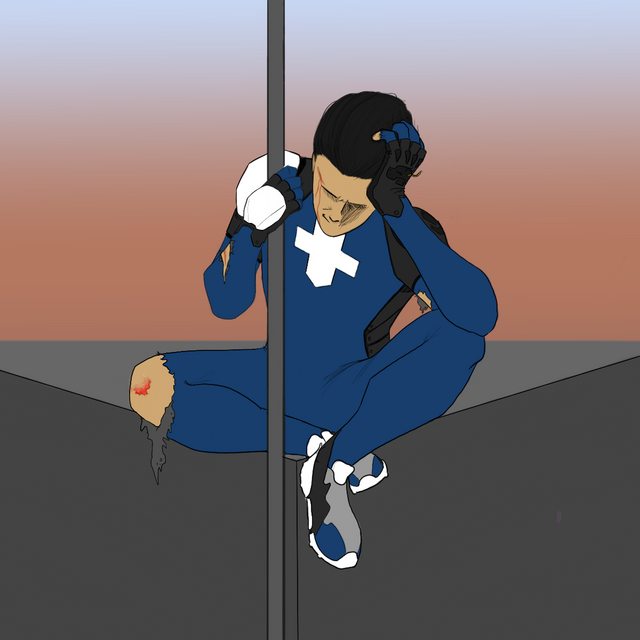 William Baker Todd was raised in a shattered home. His mother chose work over her children, almost never showing up for events, meals, or weekend plans and essentially ignoring her son’s attempts to grow closer. His father was a drunk detective, one corrupted by his love for gambling and fine whiskey. It was up to Will and his younger sister Emily to carve their path in the world with little guidance. The pair managed for a long time, growing extremely close and supportive of one another. They became inseparable. Will taught his sister about science and philosophy. Emily taught her brother about sociology and music. Together the pair would invest hours discussing important issues, doing experiments, and practicing the piano. Then Emily got sick.

She was diagnosed with Leukemia at 12 years old, shattering Will’s world.. It was a long and grueling journey for Will and his father. Will’s mother barely batted an eye as she paid the medical bills. As he watched his sister waste away, never once losing her dazzling optimism or charming smile, the young man’s heart hardened. His father, however, saw his family dying and desperately grasped for any remnants of closeness that he could. If Will was not at school, he was in Emily’s hospital room.

His social life shriveled away, not that it bothered the young man, and he spent every waking moment he could at his sister’s side. They celebrated holidays, birthdays, and a graduation all in the confines of that small room. It felt more like home than his own house at times. Emily’s condition took a sudden turn for the worst about a year after Will had graduated High School. Despite being enrolled in a multitude of courses at the University of Chicago, he made it his sole purpose to watch over his little sister. Emily passed away on her fourteenth birthday, barely three hours after Will left her room for class.

Stricken by the death of his sister and only friend, Will threw himself into his education. He redoubled his attendance at the University of Chicago and pursued a degree in physiology, intent on ensuring no one would ever have to suffer like his sister did ever again. Will’s father reached out to his son, the two growing close for the first time in a decade. His dad abandoned drink and refused to carry on his illicit activities between shifts at the station. Despite the positive intentions, this rubbed many who had thrived under the detective’s indifference frustrated. Only a few months after the death of his sister, Will lost his father to an assassin sent by the Chicago Outfit. Having lost his sister to a disease he could not stop and his father just as he was starting to get to know him again, William Todd snapped. He retreated fully into his studies, refusing any social interaction, and began pursuing forensic and criminal sciences with a passion.

The young man’s intense restructuring of his life was noticed by his father’s partner, Rory Deckard. A former Green Beret, Deckard took Will under his wing and trained him to defend himself. Having lost his wife to organized crime, the old soldier sympathized with Will’s plight and offered to help him bring the men who had killed his father to justice. They spent two years training fervently, Deckard imparting every iota of his knowledge into the young Todd. Will taught himself combat even when he wasn’t with Deckard, his resolve steadfast and his focus unwavering.

He was trained in unarmed combat, espionage, infiltration, lethal and non-lethal take-downs, disarming opponents, sabotage, usage and upkeep of small arms, marksmanship, and interrogation techniques. Once he felt the young man was ready, Deckard took Will to the streets to demonstrate his prowess. They targeted small gambling circles that skirted the edge of the Outfit’s territory, gathering information and avoiding notice. Will ensured that all their actions were non-violent, out of respect to both his sister’s compassion and his father’s police background. Their crusade intensified over months, as did Will’s fixation on revenge.

Eventually, Deckard beat a confession out of an Outfit soldier and found the man who was responsible for murdering Will’s father. The young man, consumed with rage, hunted the assassin down without hesitation. He fought his way through a hotel bristling with soldiers and enforcers and pinned the murderer to a chair. Deckard handed Will a pistol, encouraging the young man to end what he had started. Will took aim, his hand steady. His finger hugged the trigger, memories of his father rushing through his mind in tandem with the tears welling up in his eyes. Will wanted to end it once and for all… but he couldn’t. He lowered the gun, refusing to kill the man. The anger he had felt, the sheer hatred, was the antithesis of the man he had always hoped to be. He had become something else, something his sister would never have been proud of. Will left Deckard that day and never spoke to him again. The police never came knocking on Will’s door, even after the news told the story of a local Outfit agent being found dead in his hotel room. Deckard, despite Will’s rejection, had covered their tracks.

Galvanized by his experience, William Todd abandoned his mission, picking up his medical career where he had left off. He spent two months between medical internships, picking up late shifts as an EMT to fill the gaps. It never satisfied him. He found his mind wandering back to the days where he and Deckard had put a stop to drug traffickers, arms dealers, and extortionists with a little force and a lot of detective work. Will returned intermittently to the police scanner in his room and tinkered randomly with gadgets and tools he had drawn up plans for before abandoning his crusade with Deckard. The blueprints burned holes in his mind and the purposelessness of his life left an emptiness in his chest that Will couldn’t conquer. Will eventually came to terms with the fact that he had a bigger role in the world than he had first assumed. His sister had seen it, even before he had started pursuing it. In honor of her, Will swore to a crusade of non-violence and revitalized his vigilantism. He stole from one of the labs he had been interning in and finished his blueprints. Gearing himself up with medical supplies and non-lethal gadgets, William Todd became Chicago’s Safeguard.

Ever since, he has waged a pacifistic war on crime. Safeguard uses force only when absolutely necessary, and can often be seen tending to wounds criminals suffer in their illegal escapades. Despite his heroism, he never found the strength to shed the guilt of his sister’s death and his father’s murder. Darkness always swims at the edge of his psyche, reminding him that he will never be enough and that he is only one bad day away from becoming like the monsters he swears to stop. Will took it upon himself to save the world, never once considering how it might tear him apart. However, He has become a beacon of hope for the city of Chicago.

His intelligence and skill was noted by Initiative, a government movement dedicated to addressing and cataloging superhuman events. He was recruited for his humanity and given a role alongside heroes Centurion and Athena to actively deal with extraterrestrial, supernatural, and international threats the world over. However, this mission never overrode his original intention. Chicago is his home, and his first duty is to his city and the people there. The city needed someone to stitch it back together, and to William Todd that’s the only reason he’s alive, not that he deserves to be.

It was this responsibility that led him to be tossed into the Crossroads. In over his head, as usual, Safeguard tangled with the mad mechanical scientist Gerhardt Brandt as the man was attempting to create a perpetual energy source for his weaponry. In the midst of the battle, the device was activated, ejecting an immeasurable amount of energy in waves. The bursts of power encompassed them both. In a desperate attempt to save the man’s life, Safeguard shoved Gerhardt out of the room, slamming shut the heavy steel door. In the same second that the lock clicked closed, the energy detonated. Will felt his body be torn apart on an atomic level, each particle ripped away from its fellows with reckless abandon. For less than half a second Safeguard experienced the greatest pain of his life. Once the light faded and his body stopped vibrating, Will opened his eyes to take in a lush and vibrant landscape. It was a stark contrast to the metallic laboratory his body had been thrown across mere moments before.

Safeguard’s uniform is a complex binding of bio-compatible material that actively interacts with his physiology to optimize his body’s natural healing rate and carbon-fiber armor to minimize damage from blunt-force trauma.The suit is constantly at work repairing small wounds and contusions that may occur in combat, however moderate damage to the material can sever the flow of proteins and artificial platelets resulting in a hindered or non-functioning effect.


Built into the bulky plates on the backs of Safeguard’s gloves are a pair of short-range tasers utilized to debilitate and disable hostile individuals. The tasers release a jolt of high voltage electricity into the body of a target, tensing the muscles and stunning the target. This debilitating shock cause a target's body to stiffen, interrupting certain actions and obstructing movement. Given he has one taser per gauntlet, Safeguard must reload between every two shots, which takes little more than ejecting a power cell and replacing it with a swift motion.

A flash grenade of Safeguard’s own design, this device releases a brilliantly bright flash that disorients and blinds anyone caught peeking at it. Upon detonation, mere seconds after being thrown, a white burst of light instantly blooms to fill a moderate radius. It is a small pellet that fits within the palm of Safeguard’s hand, allowing him to toss them with ease.

Safeguard’s intensive training in hand to hand combat serves as a trustworthy fallback if he is ever relieved of his tools.