Is this character an OC or a Canon character? Canon Character

Character Behavior
Tactical - Natalie Paquette is a brilliant mind on the cutting edge of modern science and as such applies her intelligence to the battlefield in unique ways. She utilizes cover and unique terrain in special ways by turning things that others see as ordinary parts of the environment into tactical advantages. The young scientist can make a mountain out of a mole hill in the way she can turn what first appears to be nothing into a veritable defensive stronghold.

Savante - Wattson is a unique soul. She is slow to forge bonds and suffers from radical mistrust upon first impressions. Despite this, once the young girl has latched onto someone she is uncomfortable with splitting up and suffers from seperation anxiety. In addition to all of this, despite her elaborate understanding of electrical currents and the hungry way she can devour a book she struggles to maintain focus with things that don't fit her interests. When she uncovered her father's journals upon his passing Wattson discovered that her father believed her to possess an undiagnosed case of Asperger's syndrome; this, noted in his messy scientist's scrawl, stemmed from his observance of her reluctance to indulge in social ties, her social isolation, and the repetitive nature of her interests and her behavior. 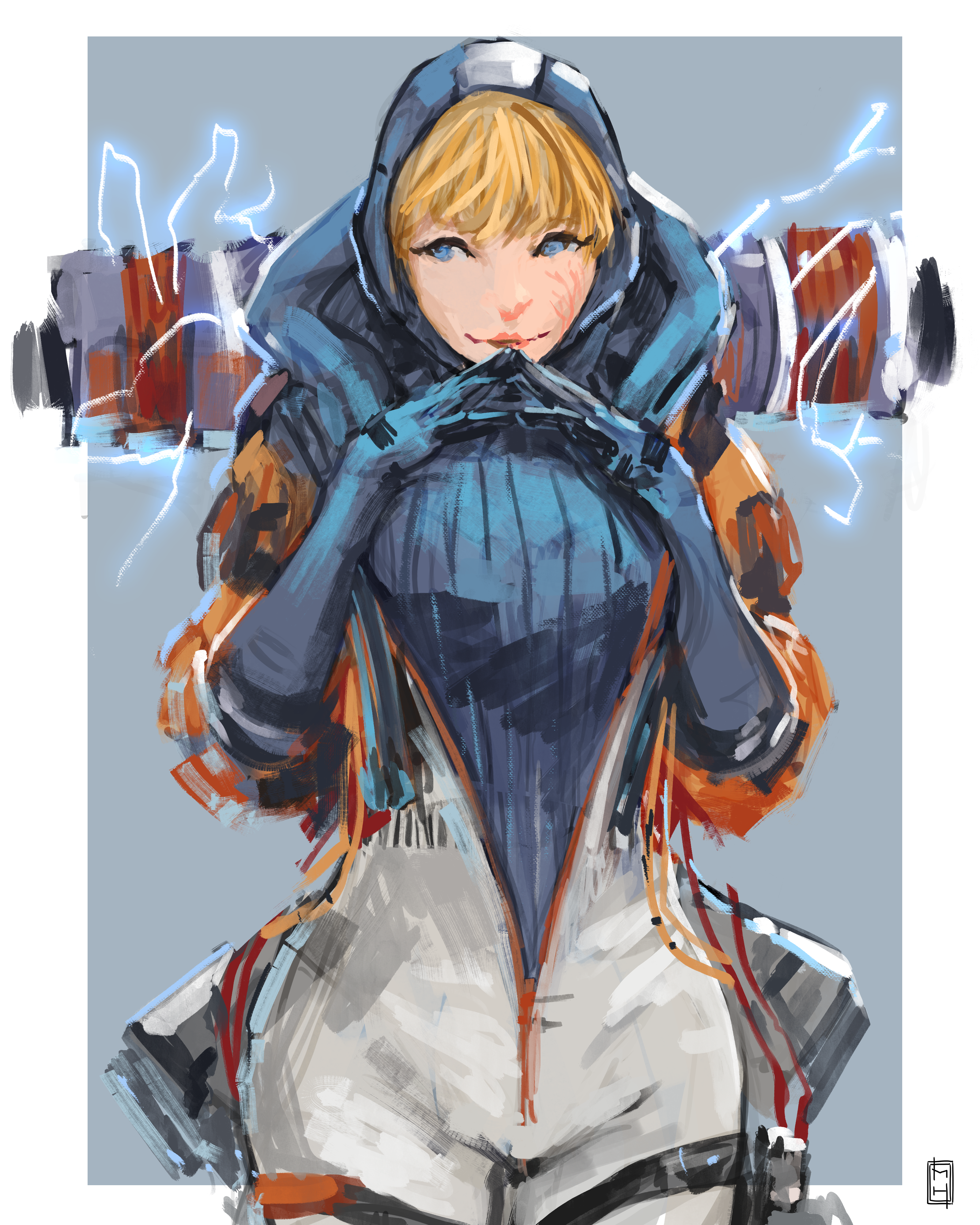 Natalie Paquette grew up in the shadow of the Apex Games' arenas. Her father, Luc Paquette, was the lead electrical engineer of the Apex Games who designed the electrical fencing system utilized on the first arena before its destruction. Right there behind her father every step of the way as a child; Natalie found that the easiest way to stay close to her father, who was a notorious work-a-holic, was to pursue his interests. She found that this came easily to her and at an age when most children were reading storybooks and playing outside, young Wattson spent her time learning the nature of electricity and applying it to engineering.

She designed many devices, including the electrical 'backpack' she wears about the battlefield, and her fencing nodes which are miniaturized versions of her father's larger scale electrical fencing system.

When her father passed away, Wattson was crushed. She shut herself away from the world for time innumerous - and then she was struck with an idea. The idea that SHE, Natalie Paquette, was meant to take an active role in the Apex Games, and in the world of combat in general. She was meant to become an Apex Legend. Taking to the field, she applied the use of her electrical fencing system in unique new ways to innovate her combat style, and found that she had a knack for it. Though she missed the most recent Death Game due to a deep period of reclusive depression, she has emerged now, and is (mostly) ready to take on the Crossroads...perhaps at the side of some of the more trustworthy other Legends.

Wattson carries five individual nodes which upon deployment erect electrical fence posts. Each one connects to the node nearest to it and can connect to up to two other nodes to create a series of posts that send waves of electrical current to one another. The end result is a standing fence that can interconnect and wall of a range of up to eighty feet. These nodes don't have to be placed in a straight line, allowing Wattson to effectively box herself into a defensible area with them.

Enemies who cross the fence disrupt it, send an alert to Wattson notifying her that it was crossed and where up to six hundred and fifty feet, are damaged by its electric currents, and are heavily slowed by the enormous amounts of watts send through their body.

These nodes can be destroyed by focused attacks upon their bases.

These nodes do not need to placed in groups of five - two separate sets of two could be placed in different places relatively far apart to create choke points on a battlefield, or two defend two separate doors.

If these nodes are destroyed in battle they will need to be either repaired or remade outside of battle utilizing Wattson's skill as an Electrical Engineer. This would take several hours.

Natalie carries around an R-99, a small submachine gun that packs a Hell of a wallop at close range, but is not nearly as effective further away. It doubles down on Wattson's ability to turn enclosed quarters like a building or a fenced in area into an 'animal backed into a corner' scenario for her in combat.